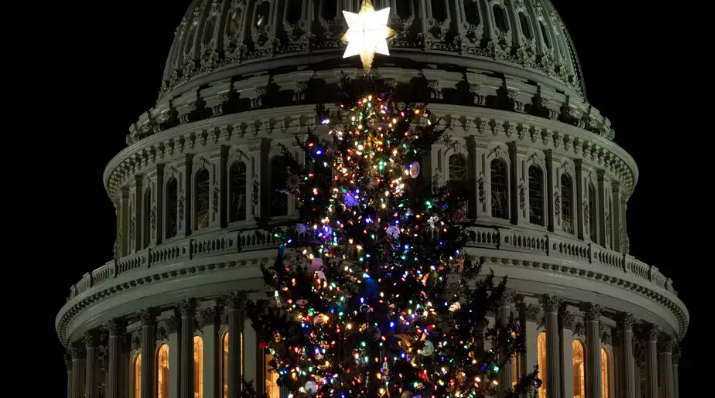 Congressional Christmas crunch We knew that the Thanksgiving to New Year’s period on Capitol Hill was going to be a train wreck.

It just wasn’t clear until a few days ago that the already bloated Congressional agenda for the holidays may involve actual rail cars.

All aboard the Congressional Express.

Heading into the holiday season, Congress needed to avoid a government shutdown. Pass a defense bill. Retool the law governing the certification of the Electoral College. Pass a bill to protect same-sex and interracial marriage. All the while, House Minority Leader Kevin McCarthy, R-Calif., is scrambling to conjure the votes to become Speaker next year.

But the first Congressional Christmastime crisis of 2022 came via rail. After much hand wringing, Congress interceded to block a nationwide rail strike at the holidays.

And you thought only Snow Miser and Heat Miser could screw things up at Christmas.

Lawmakers were loath to get involved at President Biden’s behest.

“This is an urgent issue and Congress needs to step up. We don’t like to do this. We’d rather see the parties do it through labor negotiations. But at this point, there’s no other alternative,” said Sen. Ben Cardin, D-Md.

“That dog’s not going to hunt with some Republicans,” said Sen. John Kennedy, R-La.

“There mixed views,” said Senate Minority Leader Mitch McConnell, R-Ky., about the views of Senate Republicans. “Some may be inclined to vote against it and others arguing that the economical price of doing nothing is too great.”

“I don’t know why we’re having to do this, but we are apparently,” Christmas said a reluctant Sen. Lindsey Graham, R-S.C. “I want to make sure that we do no harm to the economy.”

“A strike or any kind of shutdown would hurt us at a time when our economy is just starting to show positive signs of recovery,” said Senate Majority Whip Dick Durbin, D-Ill.

President Biden dispatched Transportation Secretary Pete Buttigieg and Labor Secretary Marty Walsh to Capitol Hill on Thursday. Their goal was to warn pro-labor senators about the consequences of inaction.

However, unlike other industries, Congress empowered to step in an impose terms to avert railroad and airline strikes.

This is thanks to the Railway Labor Act. In the early 20th Century, Congress considered federalizing the railroads because they were so important. But they instead elected to establish special bargaining rules and a labor board to mediate disputes. Congress also granted itself the power to halt any strikes. Lawmakers later extended that power to cover the airlines.