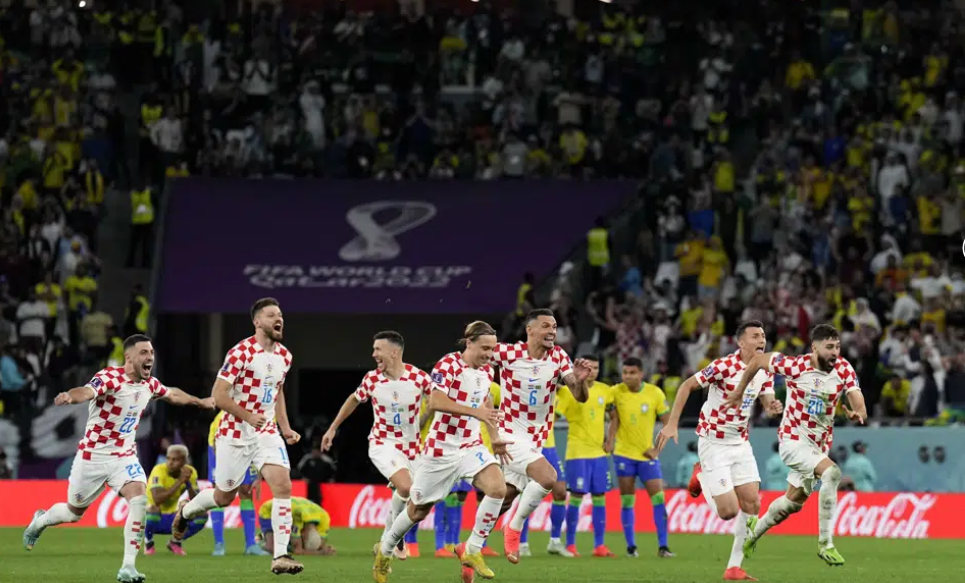 Modric converted one of the penalties as Croatia knocked Brazil out of the World Cup on Friday, beating the five-time champions 4-2 in a shootout to reach the semifinals for the second straight time.

Neymar tied Pele’s record for most goals for the national team, giving Brazil the lead in extra time. But he wasn’t among the four Brazilian players to take a penalty in the shootout, instead reduced to tears on the field at Education City Stadium while the red-and-white clad Croatians celebrated.

“It feels like a nightmare. It’s hard to believe this is happening,” said Neymar, who kept his future with the national team open after the defeat.

Brazil coach Tite said he had saved his best player to take the fifth penalty.

“That’s the one with the most pressure, and he would be the player with World Cup the most quality and mental preparedness to take the shot,” Tite said.

Croatia goalkeeper Dominik Livakovic saved the first penalty attempt by Rodrygo and Marquinhos later hit the post. Livakovic had already produced some key stops as the teams drew 0-0 in regulation and 1-1 in extra time.

“We are raised as fighters, giving our best,” Livakovic said. ”And that’s the recipe for success.”

Five of Croatia’s last six matches at World Cups have gone to extra time, including its penalty shootout win over Japan in the round of 16 in Qatar. The team has been successful in eight of its last 10 knockout matches at the tournament.

Croatia came from behind in every game of the knockout stage in 2018, and again in World Cup the two elimination matches it has played in Qatar.

“We have a strong character and we do not give up,” Croatia coach Zlatko Dalic said. “were prepared for everything today. We knew that as the game unfolded, our chances improved.”

Nikola Vlasic, Lovro Majer and Mislav Orsic also converted their penalties for Croatia, while Casemiro and Pedro scored for Brazil.

Both goals came in the additional 30 minutes. First with Neymar scoring late in the first half of extra time to give Brazil the lead, and then with Bruno Petkovic equalizing in the 117th.

Neymar’s goal moved him into a tie with Pelé as Brazil’s all-time leading. Scorer with 77 goals, but the forward again fell short of winning a major. Title with Brazil and had to be consoled by veteran defender Dani Alves as he cried after the match.