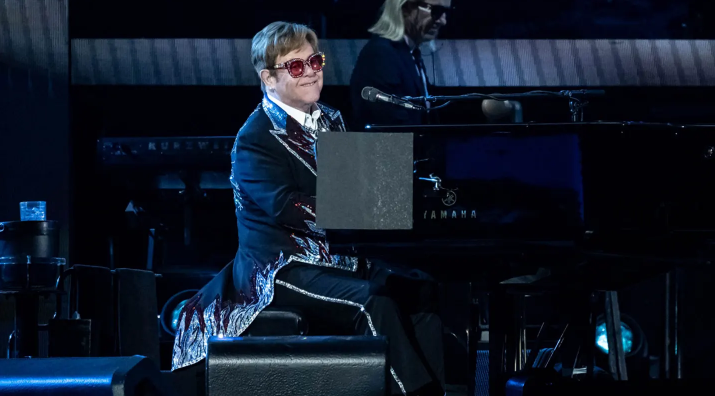 Music legend Elton John announced his final show in Britain will be at the Glastonbury Festival next summer.

The performance is part of the world-famous rockin’ piano player’s global farewell tour known as “Farewell Yellow Brick Road,” which began in 2018.

“It gives me enormous pleasure to let you know that the one and only Elton John will be making his first ever Glastonbury appearance, headlining the Pyramid Stage on the Sunday night next year,” organizer Emily Eavis said on Friday. “This will be the final UK show of Elton’s last ever tour, so we will be closing the Festival and marking this huge moment in both of our histories with the mother of all send offs.”

singer recently wrapped up his final U.S. show with a star-studded performance at Los Angeles’ Dodger Stadium. The show even included a taped message from Meghan Markle and Price Harry.
The Duke and Duchess of Sussex thanked John for “being a friend” to them, their children and Harry’s late mom Princess Diana in a pre-taped message.

Sir Elton — who knighted in 1998 by Queen Elizabeth II — has sold over 300 million records worldwide. Played over 4,000 shows in 80 countries and recorded one of the best-selling singles of all time. His 1997 reworking of “Candle In The Wind” to eulogize Princess Diana, which sold 33 million copies.

Headlining Glastonbury may be John’s final UK show, but it will not be his final show overall. His farewell tour set to conclude in Sweden in July 2023. John has previously made it clear he only done traveling – not making music.