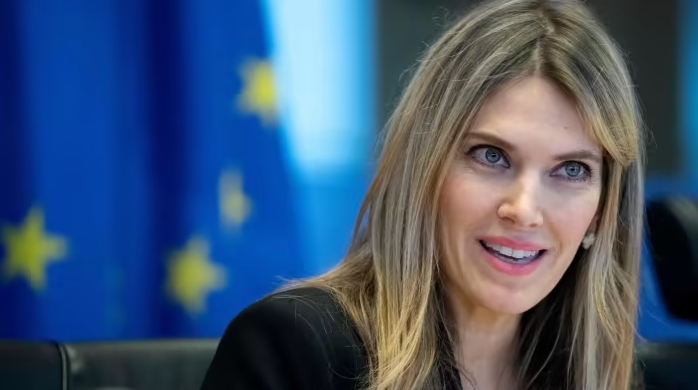 Over the weekend, authorities seized €600,000 in cash and arrested six people in what appears to be one of the most significant corruption cases seen in the European parliament. The judge approved charges for “participation in a criminal organisation, money laundering and corruption” against four people who remain in pre-trial detention.

“It is suspected that third parties in political and/or strategic positions within the European parliament were paid large sums of money or offered substantial gifts to influence Parliament’s decisions,” the Belgian federal prosecutor’s office said in a statement on Sunday. Two other people who were detained over the weekend were released.

The allegations come as Qatar is the centre of world attention, with the World Cup semi-finals and final to played over the next week. The matches the culmination of a tournament the Gulf state had long sought but which has brought unprecedented scrutiny of its stance on gay rights, treatment of migrant workers and the use of its wealth to bolster its role in the world.

In what it described as a “major investigation”, Belgian authorities carried out 17 house searches at the weekend, including the homes of two MEPs, the Belgian federal prosecutor’s office said.

“For several months, investigators of the Federal Judicial Police have suspected. A Gulf country of influencing economic and political decisions of the European parliament,” the prosecutor said. An official familiar with the investigation confirmed that the country in question was Qatar.

While Belgian authorities have not name the suspects, European parliament. Vice-president Eva Kaili has been strippe of her duties in the parliament and of party membership by Greek socialist party Pasok.

A spokesman for European parliament president Roberta Metsola said in a statement: “In the light of the ongoing judicial investigations by Belgian authorities. President Metsola has decided to suspend with immediate effect all powers. Duties and tasks that delegated to Eva Kaili in her capacity as vice-president of the European parliament.”

Kaili, a former TV news presenter, and member of the Greek parliament with centre-left Pasok, last month defended Qatar’s human rights record. “Qatar is a frontrunner in labour rights, abolishing kafala [its migrant labour sponsorship system] . . . Still, some here are calling to discriminate [against] them. They bully them and they accuse everyone that talks to them or engages [in] corruption. But still, they take their gas.” The Financial Times was unable to reach Kaili on her mobile phone.

As a further consequence of the probe, former EU commissioners Federica Mogherini and Dimitris Avramopoulos. Former French prime minister Bernard Cazeneuve and MEP Isabel Santos. Who were honorary board members of Fight Impunity, a Brussels-based non-profit organisation. Quit during the weekend. Pier Antonio Panzeri, president of the NGO and a former Italian MEP. Named by Belgian media as one of the detained suspects. The FT was unable to contact Panzeri.

A Qatari official said on Sunday: “Qatar categorically rejects any attempts to associate it with accusations of misconduct. Any association of the Qatari government with the reported claims is baseless and gravely misinformed.”

“Qatar works through institution-to-institution engagement and operates in full compliance with international laws and regulations,” the official added.

A European parliament vote on granting Qatari nationals visa-free travel to the bloc, due next week, has been suspend.

The Greens/EFA group in parliament said on Saturday it would have voted against the measure. Terry Reintke, co-president of the group, said there should be “zero tolerance against corruption and bribery”.

Transparency International, an anti-corruption group, said EU institutions needed an independent ethics regulator. “Over many decades, the parliament has allowed a culture of impunity to develop. With a combination of lax financial rules and controls and a complete lack of independent (or indeed any) ethics oversight.” Said its director, former MEP Michiel van Hulten.