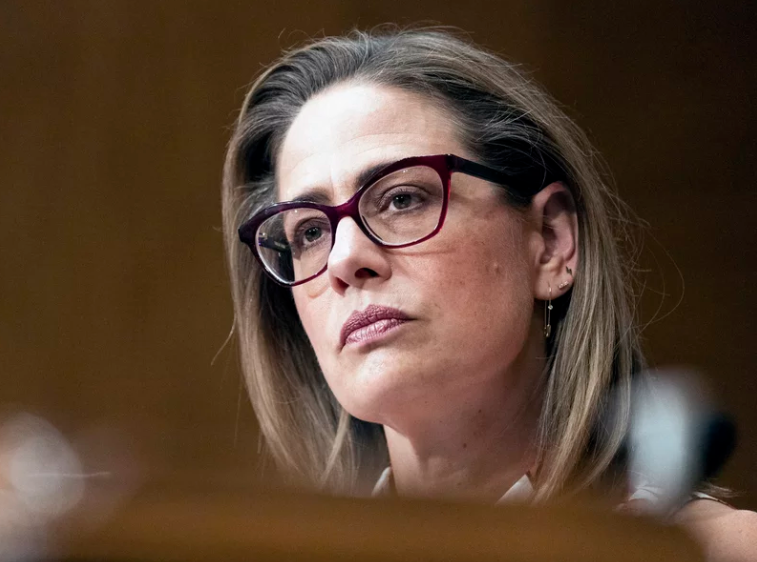 Kyrsten Sinema has always marched to her own beat.

So it’s not shocking that she decided this week she’s officially switching from the Democratic Party to be an independent.

“Arizonans are strong and independent.”

Those weren’t quotes from her announcement Friday. Those were from one of her widely run 2018 Senate campaign ads (which is still at the top of her YouTube page).

Making herself look like an “independent” has been part of her brand for some time – despite her earlier days as a liberal activist.

She’s not the first senator to switch parties – Jim Jeffords of Vermont defected from the GOP 20-plus years ago, giving control of the Senate to Democrats.

After serving as the Democratic Party’s vice-presidential nominee in 2004, the hawkish Joe Lieberman of Connecticut bolted to become an independent in 2006. The writing was on the wall for a while with Lieberman and Democrats. When he visit Arizona in 2003, for example, right as the Iraq war starting – a war he voted for and defended – he was greeted by anti-war protests.

“He’s a shame to Democrats,” the organizer of the protest said. “I don’t even know why he’s running. He seems to want to get Republicans voting for him — what kind of strategy is that?”

That protester? None other than Kyrsten Sinema.

Ironically, though she hopes her decision to remove the “D” from next to her name will bolster her brand back home, it may contribute to a Republican being elected senator from Arizona in 2024.

Practically speaking, the deregistration won’t change much on Capitol Hill. Because incumbent Sen. Raphael Warnock won his runoff election in Georgia, Democrats still have firm control of the chamber, 50-49.

Sinema says she didn’t make her decision because of Warnock’s win but the timing, that she’s keeping her Senate committee assignments through Democrats and won’t be caucusing with Republicans suggests otherwise.

Sinema also says this move fits her more ideologically. That, some may see as proof of a lack of ideological diversity within the Democratic Party.

But while the party has got more liberal over the last 50 years and both. Parties have become more ideologically cohesive. Republicans have got far more conservative than Democrats have become liberal in that time. According to an analysis by the Pew Research Center.