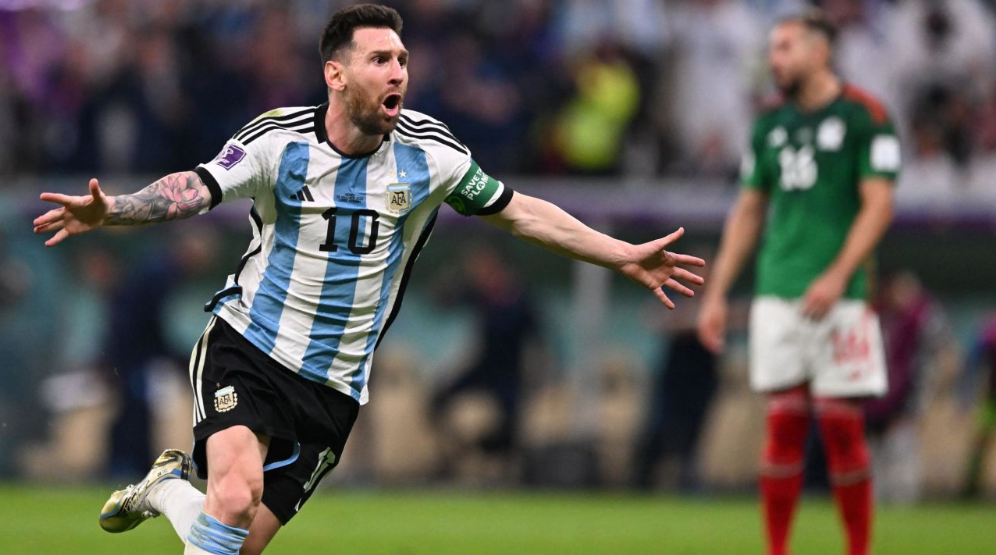 Lionel Messi came to the fore just after the hour mark to save his team, as he has done on countless occasions, finding the bottom corner of the net with a stunning strike from outside of the box.

After the historic defeat to Saudi Arabia in its opening Group C match,

one of the biggest upsets in World Cup history, Argentina needed a win against Mexico to avoid having to beat Poland by three or more goals in its final group match in order to qualify for the knockout stages.

Though a win against Mexico on Saturday was crucial, Argentina coach Lionel Scaloni will also have wanted to see a much-improved performance as proof that the loss to Saudi Arabia was nothing more than a blip. Not least given that before that Saudi defeat Argentina had gone 36 games unbeaten.

However, that performance never materialized with Argentina looking stale and lifeless for much of the game.

As Mexico chased a result, spaces began to open up in its defense with increasing regularity and Enzo Fernandez secured the win with a wonderful stepover and finish into the top corner after El Tri had failed to clear its lines from a set piece.

Mexico started the game brightly and was the better team inside the opening 15 minutes, much to the delight of the huge contingent of traveling fans that serenaded their team with shouts of “olé” as the players passed their way around the Argentine midfield.

From the noise made during the national anthems,

it was clear that Mexico’s fans outnumbered their Argentine counterparts in the stands.

The first half passed by with very little incident, as neither side was able to create a single chance of note.

For Argentina, this was a long way from the performance that many fans in Qatar and back home would have expected following that humiliating opening defeat to Saudi Arabia.

There seemed to be no cohesion and, more worryingly, no ideas about how best to string a handful of passes together and begin to break down the Mexico defense

Players seemed fearful of getting on the ball and playing progressively, with Messi spending much of the half ambling around the pitch away from the action.

With the last attack of the first half, Argentina did finally create some space down the right hand side of Mexico’s back line, but Marcos Acuña’s poor cross was easily cleared away.

Argentina coach Scaloni made five changes to the team that lost to Saudi Arabia in the hopes of receiving a reaction from his players, but he left wanting after an insipid first-half performance.

Given the hazardous position Argentina found itself in, needing a win to have a realistic chance of qualifying for the knockout stages, that first half display will have been puzzling and infuriating in equal measure to fans of La Albiceleste.