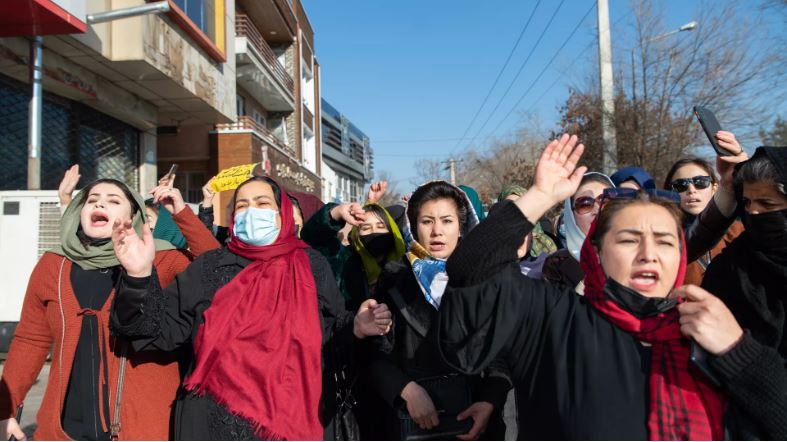 TMajor international aid groups suspended their operations in Afghanistan on Sunday after the Taliban banned all foreign and domestic non-governmental organizations from employing women.

Why it matters: Afghanistan faces one of the world’s worst humanitarian crises. NGOs like Save the Children, the Norwegian Refugee Council, CARE, the International Rescue Committee and Afghanaid have been crucial in providing aid to millions, particularly after the country’s economy collapsed following the Taliban takeover last year.

The UN humanitarian office warned earlier this month that a record 28.3 million people — more than two-thirds of the country’s population — will need humanitarian and other assistance next year.
What they’re saying: “We cannot effectively reach children, women and men in desperate need in Afghanistan without our female staff.” Save the Children, NRC and CARE said in a joint statement.

“Without women driving our response, we would not have jointly reached millions of Afghans in need since August 2021,” the statement added.
“Beyond the impact on delivery of lifesaving assistance, this will affect thousands of jobs in the midst of an enormous economic crisis.”
Afghanaid in a separate statement said it would suspend all operations while the international aid group consults with the UN and other NGOs.
“If NGOs are unable to employ female staff, due to existing rules in the country that essentially prevent men from delivering aid assistance to women, Afghan women will be unable to receive humanitarian and development aid directly, and we therefore lose the ability to support half the population,” Afghanaid warned.
The IRC, which employs more than 8,000 people in Afghanistan, including 3,000 women, said it would also suspend its operations in the country. “Our ability to deliver services rely on female staff at all levels of our organization. If we not allowed to employ women, we are not able to deliver to those in need.” The aid group said in a statement Sunday.
Driving the news: The Taliban’s Economy Ministry announced on Saturday. That women could no longer employed by NGOs, citing complaints. That some female employees allegedly failed to wear the hijab correctly.

Any NGO that doesn’t comply with the new rule will have its operating license revoked, per AP. It was unclear if the rule applies to UN agencies and whether it only affects. Afghan women or will applied to foreign workers as well.
The UN warned on Saturday that the rule would “only further hurt those most vulnerable, especially women and girls.”
The big picture: When the Taliban returned to power in Afghanistan in 2021 it took steps to restrict women’s freedoms. Despite initially claiming that they would honor women’s rights within the “frameworks” of Islamic law.

Since then, women’s rights have been erode even further.
Last week, the Taliban banned women from attending universities. Schools had already been close to most girls and young women after sixth grade.