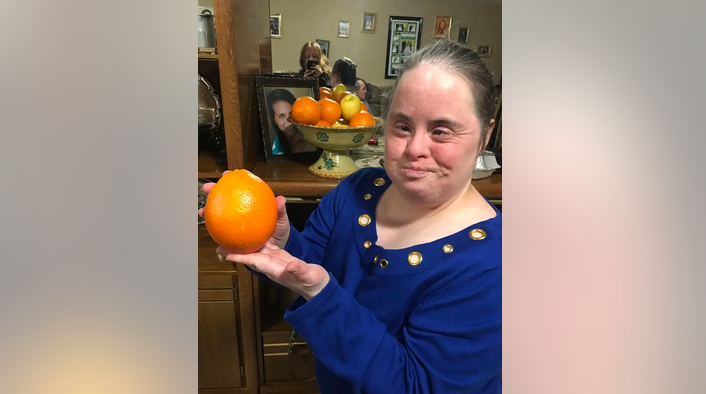 No one should die hidden from loved ones in a hospital

Franca Panettone was a vibrant, spirited, 46-year-old woman who had a passion for singing in church. She was loved by her family and was largely nonverbal with Down Syndrome. She passed away in a Hernando County hospital on April 6, 2020, the first COVID-19 death in that area.

She died alone, restrained to a gurney, her family barred from seeing her.

Franca’s sister Maria, who served as her health care surrogate, was with her during the fateful emergency room visit, as Franca was unable to advocate for herself or understand any medical treatments or terminology.

Maria was initially told she would be able to stay with her sister, but once Franca was admitted and transferred to a different part of the hospital, a temperamental charge nurse forbade any visitors, going so far as walking Maria to her car. What came next was both unexpected and inhumane.

Franca’s tale is, sadly, not unique. Many families suffered similar disgraceful paths of grief and suffering – their loved ones dying alone and confused – victims of a terrible policy enacted at the outset of the pandemic.

Franca did not know the masked strangers or understand how to make medical decisions for herself. She became frustrate and was restraine.

Her family not told of the progress of her ailing health. They were continually denied hospital access and left defenseless as Franca writhed in bed restraints without access to disability rights, medical advocacy, or her family, who had legal authority over her well-being. She became a prisoner who had committed no crime, a captured woman among panicked healthcare providers in those confusing early days of the pandemic.

The family received very few phone calls from doctors during the duration of Franca’s stay. They told she getting fluids and that her fever wasn’t breaking.

Franca given the phone once hospital.

She tire, medicated and spoke very little. The family tell she treate for sepsis, but Franca incapable of understanding. What this meant or which treatment options were available.

Franca’s family haunted by the knowledge that she strappe to a bed for 10 days. The custody of total strangers who were touching her, changing her, and feeding her, while she was utterly helpless and unable to understand what was happening.

Numerous family members from all over the country tried to reach the hospital to contact her or get updates, with no success. A COVID-19 test done on March 29, with test results received April 1. The family was not notified of the COVID-19 positive test until April 2. Throughout, Franca was denied family access and representation as she lay dying.

Franca reportedly became jumpy and anxious, behavior that was unusual before her hospitalization. She was in a room completely by herself. The family not told she restrained. They only learned of the fact after her death, when they reviewed her medical chart.