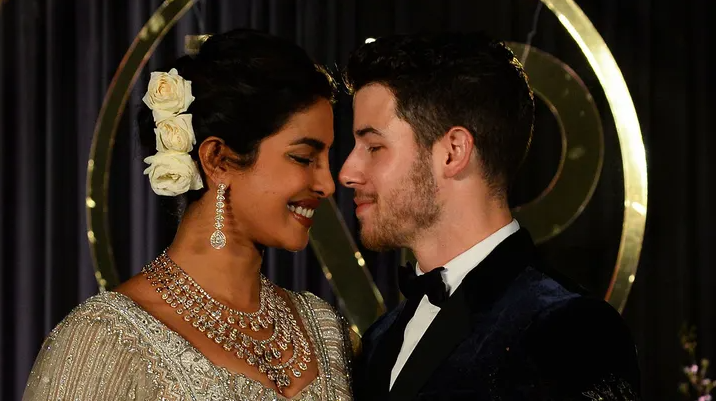 Priyanka Chopra and Nick Jonas paid tribute to each other on their fourth wedding anniversary with sweet messages on social media this week.

“Find yourself a guy that reminds you everyday that you’re loved,” Chopra wrote on Instagram Thursday along with a photo of the couple dancing. “Happy anniversary babe.”

Priyanka Chopra and Nick Jonas left three heart emojis on her post and wrote a note on his own Instagram that said, “And just like that it’s been 4 years.”

Priyanka Chopra and Nick Jonas  married in a three-day extravaganza at the Umaid Bhawan Palace in Jodhpur, India, in December 2018 after first going public at the Met Gala in 2017.

The “Paranoid” singer and the “Quantico” actress also welcomed their first daughter, Malti, via surrogate in January. The little girl spent 100 days in the NICU before she allowed to go home with her parents.

“It’s just been a magical season in our life,” Jonas told Vanity Fair in May of his daughter. “Also pretty wild, but it’s a blessing to have her home. It’s been wonderful.”

On Nov. 10, both Jonas and Chopra shared a photo of the couple lying on the floor playing with Malti, and in October he posted a family photo of their Diwali celebration with a heart emoji over Malti’s face.