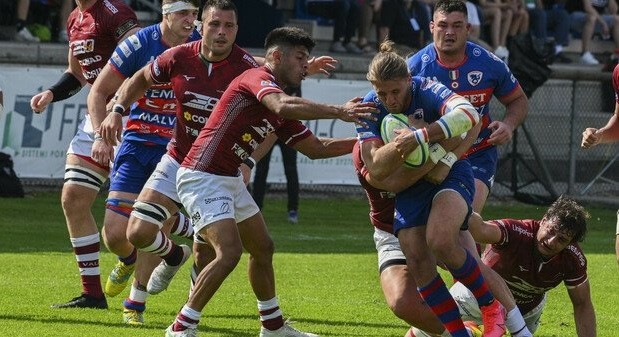 Scudetto time On the turf of Parma’s Lanfranchi Stadium, the 91st edition of Italy’s top rugby championship is being played out. At 5:30 p.m. the Top10 final is staged, facing the same contenders as a year ago: Petrarca and Rovigo, the great rivals.

this is the third Derby d’Italia to award the league title: in 2011 Petrarca won, last year Rovigo.

There are many ingredients that raise the hype for the match. In addition to the parochialism and rivalry between the two teams. There is the challenge between the ex-Benetton veterans. With Tebaldi and Sgarbi on one side, Sarto and Quaglio on the other; there is the battle between the youngsters who aspire to a place in the franchise in the near future. Such as the entire. Young front line of the Paduans. Or Ruggeri and Moscardi among the Rovigos; there is the head-to-head between the protagonists of the Emergenti Italy that will play in two weeks, particularly in the role of center; there is, finally. The singular tussle of the two footballers, Scott Lyle and Abner van Reenen. Both coming from outside to try to decide from the pitch the destinies of their own formations.

Petrarca head coach Andrea Marcato stresses, “Compared to a year ago. The feelings are definitely better. We have trained well and are looking forward to taking the field.” Yet the pressure of the match seems to be more on the shoulders of his people. Aided by the ghost of last year’s defeat.

Rovigo has grown within the league and comes into the final act of the championship on the rise. While opponents have basically dominated the regular season. The starting prediction remains unbalanced in favor of Andrea Trotta and his teammates. But the exceptional nature of the match may be a game-changer.

A very tactical and physical encounter is expected Scudetto time,

especially in the first part of the match. Only if partials of a certain thickness open up. Above the 7-point gap, then we might see a more open contest, with the teams willing to risk something.

Played at 5:30 p.m., live TV on RaiSport and streaming on FIR channels and on OnRugby.