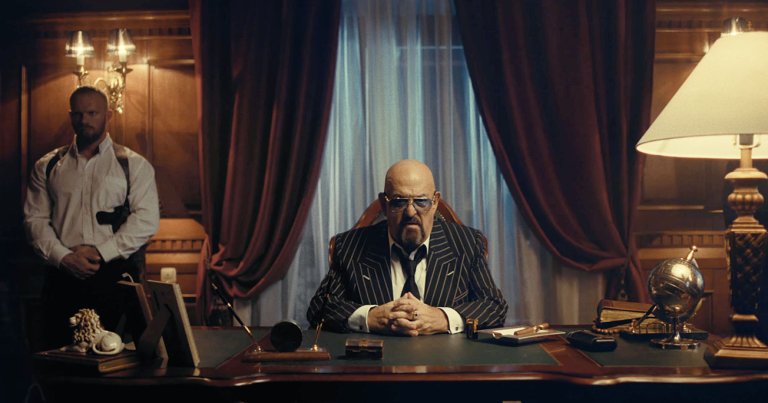 The updated version of the song sounds in a modified modern musical arrangement and with new verses from Yegor Creed.
Mikhail Shufutinsky and Yegor Creed released a new version of the famous song “Third of September”. The video clip appeared on Youtube hosting, by the morning of September 3, having collected almost 700 thousand views and more than 63 thousand likes, according to amur.life.

The plot of the video tells about the conflict of a rich man (Shufutinsky), on whose orders a young guy (Creed) is buried alive in the grave. A girl in love with a guy, the daughter of a businessman, is against this. The young man manages to get out of the grave, come home to the customer of the murder and peacefully resolve the issue with the help of weapons.

In the clip, observers noticed a reference to the Quentin Tarantino film “Kill Bill” and a large amount of advertising.

“AiF” notes that the updated version of the song sounds in a modified modern musical arrangement and with new verses from Yegor Creed. And everyone’s favorite chorus remains unchanged: Shufutinsky performs it in the same way as in the original.

Mikhail Shufutinsky, in an interview with Evening Moscow, said that the initiative to record a remake of his hit belongs to Yegor Creed. Negotiations with chansonnier Creed began to conduct last year, but then, according to Shufutinsky, “cooperation” did not grow together. This year, the young artist made another attempt.

“He did not leave this idea, and everything worked out. I believe that this composition is able to touch the soul of both his audience and mine,” said Shufutinsky.

In his opinion, the duet is “a very complex and personal thing”, this genre cannot be taken lightly, the artist is sure. For this reason, Shufutinsky rarely agrees to duets with anyone. But Yegor Creed was able to convince him.

“Yegor Creed is an amazing, reverent, great enthusiast. He came to me with an offer, and I liked him. I generally like his work,” the musician concluded.

According to Shufutinsky, the phenomenon of this song is that over time people began to understand its meaning more deeply.

“For the first time I sang it in 1993. She then seemed faded song, because it’s slow. But the life of the country was changing, people became kinder and softer. The images of the song began to touch them. Now it causes a stir, “said the artist.