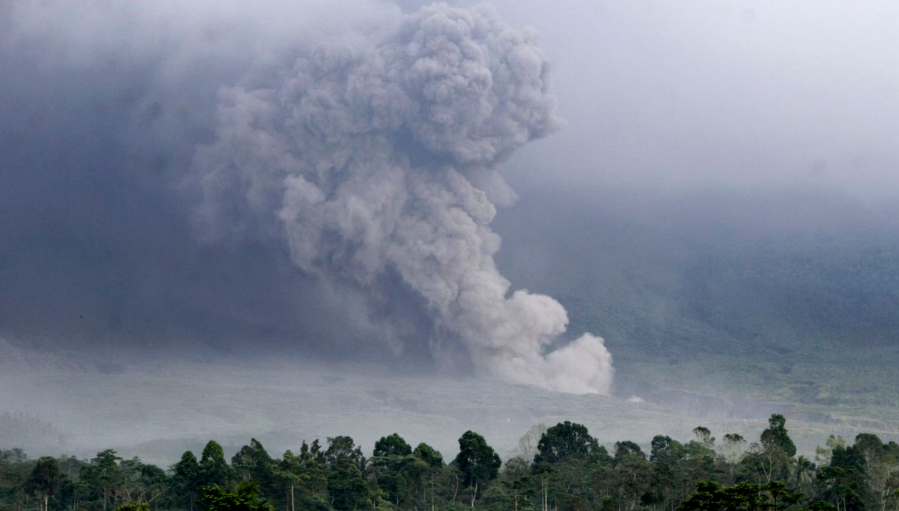 Indonesia’s Mount Semeru erupted on Sunday, blanketing roads and homes in volcanic ash and prompting evacuations of nearly 2,000 residents in East Java province, according to authorities in the country.

A statement Sunday from Indonesia’s disaster management agency (BNPB) said no injuries or deaths have so far been reported and evacuees have taken shelter in public facilities, including village halls and schools. More than 20,000 face masks have been handed out to mitigate respiratory health risks from volcanic ash, it added.

Indonesia’s Center for Volcanology and Geological Hazard Mitigation, PVMBG, said in a statement the alert level of volcanic activity raise to the highest Level 4.

The agency warned residents to stay at least 17 kilometers (10.5 miles) away from Semeru’s eruption center, adding that volcanic ash had reached as far as 12 kilometers (7.4 miles) from the epicenter.

Japan’s Meteorological Agency said the plume from the eruption reached 15 kilometers (about 49,200 feet) into the air. The agency said in a statement Sunday there had been no tsunami impact following the eruption.

Indonesia, an archipelago of 270 million people, sits on the “Ring of Fire,” a band around the Pacific Ocean that sets off frequent earthquakes and volcanic activity.

More than 50 people killed and thousands more displaced when it erupted last year.

Compared to the 2021 eruption, PVMBG chief Hendra Gunawan said the agency saw the potential for a larger volume of magma from the eruption Sunday.

“Therefore Semeru’s hot clouds could reach further (this year) and at that distance there many residences,” he said.

The eruption in East Java on Sunday follows a series of earthquakes on the west of the island. Including one last month that killed more than 300 people.

The deadly November quake that hit West Java’s Cianjur was a shallow temblor of 5.6 magnitude. A much deeper quake on Saturday in the town of Garut of 6.1 magnitude sent people. Running from buildings but did not cause major damage.