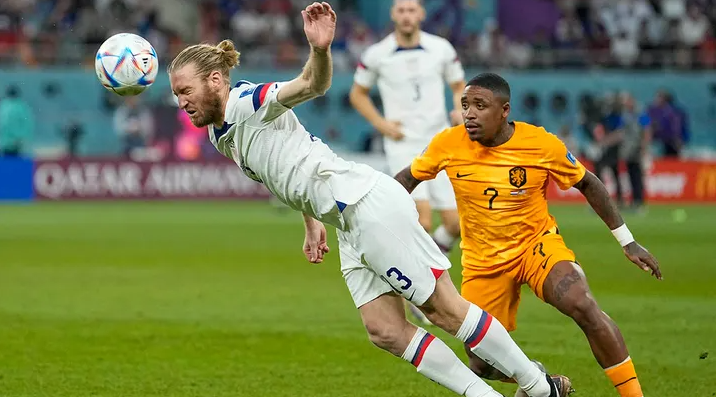 After advancing to the knockout phase for the first time since 2014 with a 1-0 win over Iran, the USMNT will be heading home after a 3-1 loss to the Netherlands.

The United States team had an opportunity early on to take the lead,

but Christian Pulisic failed to convert on a great chance in the 3rd minute.

After the US mostly dominated possession in the first 10 minutes, the Netherlands took advantage of its first shot on net, taking a 1-0 lead in the 10th minute on a goal by Memphis Depay.

Tim Weah ripped a shot on goal in the 43rd minute, but Netherlands goalie Andries Noppert was able to knock it away.

As the first half came to a close, the Netherlands put the game out of reach with a goal by Daley Blind as the US entered halftime down 2-0.

But the US team wasn’t going to go down without a fight. Getting on the board in the 76th minute, cutting the lead in half on a goal by Haji Wright.

But the USMNT was unable to keep the deficit to just one goal. Quickly allowing a third goal to the Dutch squad in the 81st minute.

“Game like that, it comes down to the margins, obviously. And when you play a team with so much quality like that, and you give them three. Four chances, they’re going to put three or four away,” USMNT midfielder Tyler Adams said following the loss.

“And for us, I’m super proud of the boys’ performance today. We can show that we can hang with some of the best teams in the world. Some of the best players in the world. And that’s a lot of progress for US Soccer. We’re moving in the right direction, for sure. But we need to keep pushing because we’re not there yet. But we’re close.”

The Netherlands advance to the quarterfinals and will play. The winner of the game between Argentina and Australia, which will be played at 2:00 p.m. ET on Saturday.