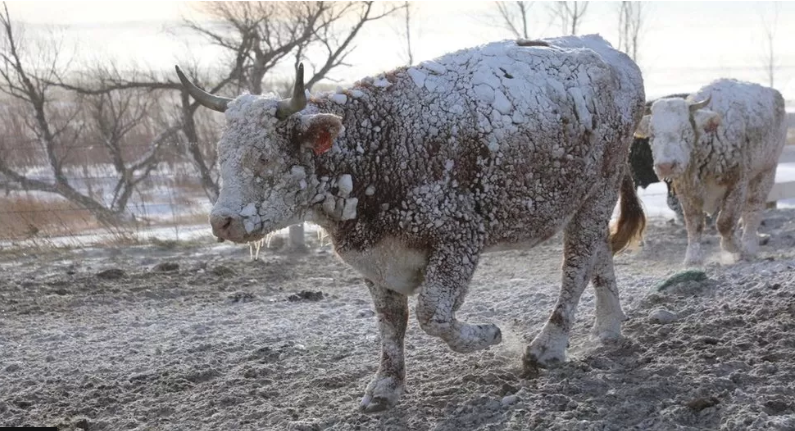 Some 200 million Americans are feeling the icy grip of a massive winter storm that has been linked to at least 12 deaths ahead of the holiday weekend.

More than 1.5 million people lost power and thousands of flights were cancelled on Friday.

A bomb cyclone, when atmospheric pressure plummets, has brought blizzard conditions to the Great Lakes on the US-Canada border.

In Canada, Ontario and Quebec were bearing the brunt of the Arctic blast, with power cut to hundreds of thousands.

Much of the rest of the country, from British Columbia to Newfoundland, was under extreme cold and winter storm warnings.

The US National Weather Service (NWS) said its Friday map “depicts one of the greatest extents of winter weather warnings and advisories ever”.

Temperatures in Elk Park, Montana, dropped to -50F (-45C), while the town of Hell, Michigan, has frozen over.

It was 1F (-17C) in the snow-covered community on Friday night. Emily, a bartender at Smitty’s Hell Saloon, told the BBC: “It’s pretty cold here, but we’re having a hell of a time.”

Heavy snowfall forecast in areas of Pennsylvania and Michigan. Buffalo, New York, was expecting at least 35in (89cm). More than eight million people remained under blizzard warnings, said the NWS.

Coastal flooding has been seen in New England, New York and New Jersey.

n the Pacific Northwest, some residents ice-skated on frozen streets in Seattle and Portland.

Even the usually milder southern states of Louisiana, Alabama, Florida and Georgia were experiencing hard-freeze warnings.

A number of the storm-related fatalities have involved road traffic accidents, including a 50-car pile-up in Ohio that killed two motorists.

Travel problems across the country being exacerbated by a shortage of snow plough operators, with low pay rates being blamed.

More than 5,600 US flights cancelled on Friday, according to the tracking site FlightAware, as flyers battled to make it home for Christmas.

By Friday night one million customers had no electricity across the US, according to PowerOutage.us.

Utilities throughout the Tennessee Valley were implementing rolling blackouts to save power.

The NWS says more than 100 daily cold temperature records could tied or broken over the next few days. Decades-old records have already been matche:

Denver, Colorado, dropped to -24F on Thursday, its lowest point since the 1990s. Craig McBrierty, 34, who is originally from Scotland, but now lives in Denver, told the BBC it is “colder than I have ever experienced”
Wichita, Kansas, recorded its coldest wind chill (-32F) since 2000
Nashville, Tennessee, saw its temperatures plunge to below zero for the first time in 26 years
Casper, Wyoming, set a new record low on Tuesday of -42F