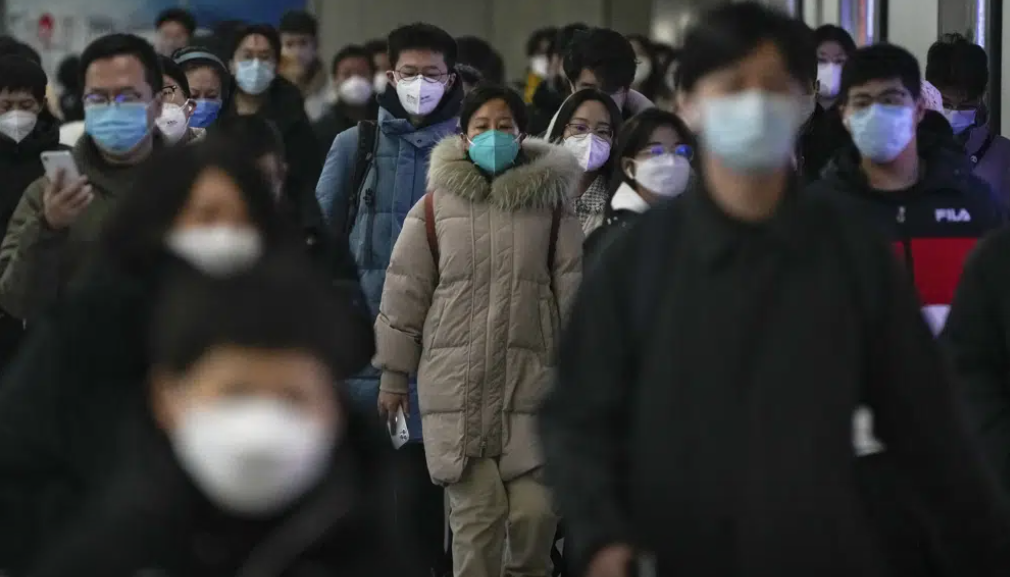 COVID-19 Scientists don’t know but worry that might happen. It could be similar to omicron variants circulating there now. It could be a combination of strains. Or something entirely different, they say.

“China has a population that is very large and there’s limited immunity. And that seems to be the setting in which we may see an explosion of a new variant,” said Dr. Stuart Campbell Ray, an infectious disease expert at Johns Hopkins University.

Every new infection offers a chance for the coronavirus to mutate, and the virus is spreading rapidly in China. The country of 1.4 billion has largely abandoned its “zero COVID” policy. Though overall reported vaccination rates are high, booster levels are lower, especially among older people. Domestic vaccines have proven less effective against serious infection than Western-made messenger RNA versions. Many given more than a year ago, meaning immunity has waned.

The result? Fertile ground for the virus to change.

About three years ago, the original version of the coronavirus spread from China to the rest of the world and eventually replaced by the delta variant, then omicron and its descendants, which continue plaguing the world today.

Dr. Shan-Lu Liu, who studies viruses at Ohio State University, said many existing omicron variants have been detecte in China, including BF.7, which is extremely adept at evading immunity and believed to be driving the current surge.

Experts said a partially immune population like China’s puts particular pressure on the virus to change. Ray compared the virus to a boxer that “learns to evade the skills that you have and adapt to get around those.”

One big unknown is whether a new variant will cause more severe disease. Experts say there’s no inherent biological reason the virus has to become milder over time.

“Much of the mildness we’ve experienced over the past six to 12 months in many parts of the world has been due to accumulated immunity either through vaccination or infection, not because the virus has changed” in severity, Ray said.

In ChinaCOVID-19, most people have never been expose to the coronavirus. China’s vaccines rely on an older technology producing fewer antibodies than messenger RNA vaccines.

Given those realities, Dr. Gagandeep Kang, who studies viruses at the Christian Medical College in Vellore, India, said it remains to seen if the virus will follow the same pattern of evolution in China as it has in the rest of the world after vaccines came out. “Or,” she asked, “will the pattern of evolution be completely different?”

Recently, the World Health Organization expressed concern about reports of severe disease in China. Around the cities of Baoding and Langfang outside Beijing, hospitals have run out of intensive care beds and staff as severe cases surge.

where samples will collected from walk-in patients who are very sick and all those who die every week, Xu Wenbo of the Chinese Center for Disease Control and Prevention said at a briefing Tuesday.

He said 50 of the 130 omicron versions detected in China had resulted in outbreaks. The country is creating a national genetic database “to monitor in real time” how different strains were evolving and the potential implications for public health, he said.

At this point, however, there’s limited information about genetic viral sequencing coming out of China, said Jeremy Luban, a virologist at the University of Massachusetts Medical School.

“We don’t know all of what’s going on,” Luban said. But clearly, “the pandemic is not over.”

The Associated Press Health and Science Department receives support from the Howard Hughes Medical Institute’s Science and Educational Media Group. The AP is solely responsible for all content.