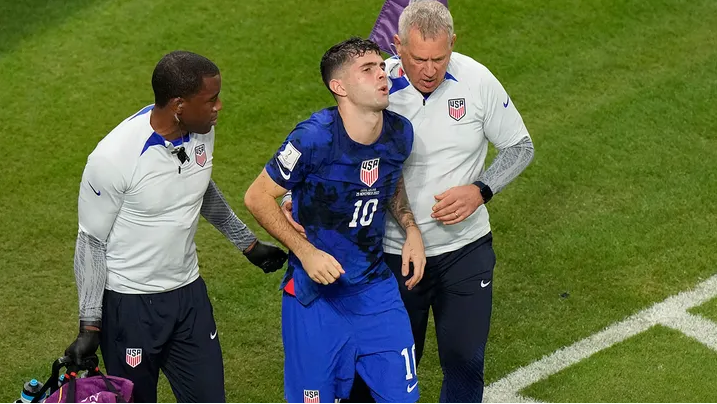 Christian Pulisic became an American soccer icon on Tuesday when his first-half goal against Iran helped lift the U.S. to the knockout stage of the World Cup; but it came with a brutal price.

Christian Pulisic suffered an injury on the play when he ran directly into goalkeeper Alireza Beiranvand. He was not on the field for the second half of the match and was taken to the hospital with what was called an abdominal injury at the time.

He was listed as day-to-day as the U.S. gets set to take on the Netherlands in the Round of 16. A picture from SnapChat appeared to show Christian Pulisic in a hospital bed with a message of commitment for Saturday’s match.

“So f—ing proud of my guys,” the message read. “I’ll be ready Saturday don’t worry.”

Christian Pulisic was part of the unit that failed to qualify for the 2018 World Cup. Now, the 24-year-old is an American soccer hero. Tim Weah put it simply, “We love him, and we thank him.”

Going back to him not qualifying for the last World Cup, and then being here and qualifying us through, that’s just a work of God. God bless him,” Weah added. “I love him, and he’s so important to this team. He’s a key player and a leader, so someone that we definitely need.”

Iran had several chances to tie the game, and a tie would have knocked the U.S. out and sent Iran to the next round.