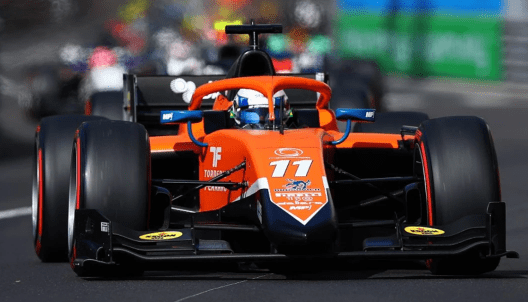 Lawson In addition to Formula 1, junior classes also regularly participate in the race weekends. These sub-classes are not the main course, but it is certainly entertaining, with Dutch teams in both classes and even a Dutch driver in the F2. F1Maximaal.nl will keep you updated on what is happening in the junior classes through the F2 in Monaco topic.

Not Liam Lawson, but Felipe Drugovich is the one who may start Sunday’s main race on pole position. The Brazilian originally finished third in the A group, which gave him a starting ticket for the fifth spot for the race. But during qualifying, both Lawson and Ayumu Iwasa ignored the yellow flag, caused by Drugovich.

‘I didn’t see Drugovich until just before the line where he was parked,’ Lawson told F1Maximaal.nl and others at the press conference after qualifying. ‘Because it’s a constant right-hand bend, I couldn’t see the car until I was past it. In my opinion, I left enough space. I just didn’t know he was there, then it’s too late.’

Liam Lawson has provisionally secured pole position for Sunday’s race by being the fastest in the A group of qualifying. He set his fastest lap time only when a yellow flag was waved. Therefore, his lap is still being looked at. In the B-group, Theo Pourchaire was the fastest, and therefore the Frenchman may start Sunday’s race from second place.

Furthermore, there were some remarkable moments, with a crash in both groups.

In the A group, it was Felipe Drugovich who hit the wall, but with a fifth starting spot, the Brazilian can still be somewhat satisfied. In the B group, Jake Hughes even caused a red flag after a big crash. The Briton got away with it, but will start the race in tenth place. Richard Verschoor finished in last place.

For the sprint race on Saturday, Hughes did manage to get pole position, by finishing fifth in the B-group. Because Formula 2 maintains a reversed system during the sprint race, it ensures that the original top ten is reversed. As a result, Marcus Armstrong will start ninth, as the New Zealander had fin