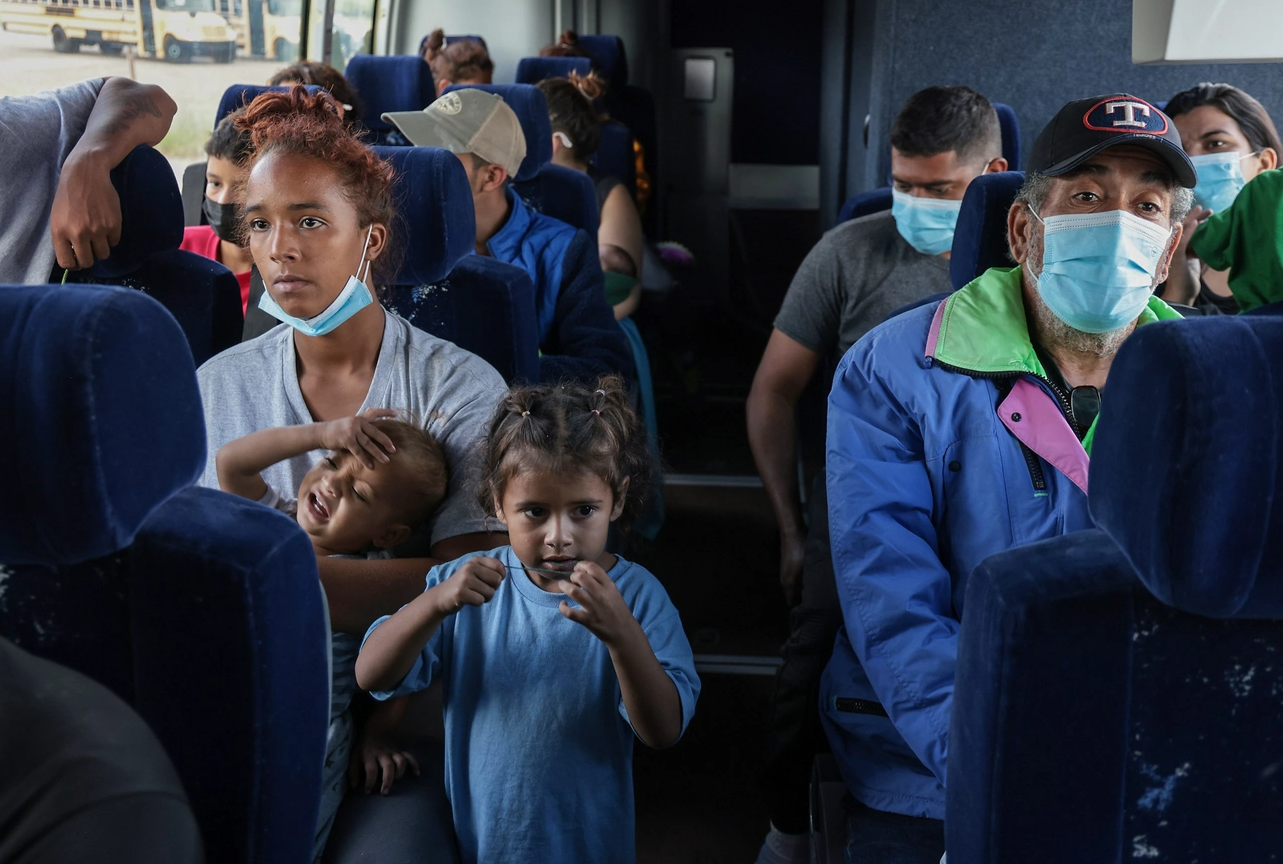 SAN ANTONIO, Tex. — Jose Gregorio Gonzalez Bastidas left his homeland of Venezuela with $2,500 in his pocket and a seemingly straightforward goal: meet up with his childhood friend in Florida and start a new life.

His 33-day trek to the border, however, was anything but simple.

Men he paid to help him traverse the nearly 2,800 mile route across seven countries stole his cash and belongings. He said he witnessed many people die when crossing the Darién Gap, the notoriously dangerous region of thick forests and swamps that connects Colombia and Panama.

Yet once he made it to the U.S., he found hostile border officials, unemployment and an uncertain future. Bastidas is now stuck in legal limbo in San Antonio as he searches for work and citizenship, one of hundreds of thousands of migrants who made a similar journey to the small Texas city.

His experience highlights the difficulties of migrants and asylum seekers as they make the often deadly journey to the United States and, ultimately, San Antonio. The city, along with El Paso in recent weeks, has become ground zero for migrants as they search for better opportunities — or get caught up in some Republican governors’ efforts to recruit migrants and send them to blue strongholds like New York City, Washington, D.C. and Massachusetts.

The situation on the border has increased in urgency as a Trump-administration border policy could expire soon. The policy, known as Title 42, allows authorities to expel migrants in order to prevent the spread of Covid-19. In recent weeks, thousands of migrants have crossed into Texas at the southern border ahead of Title 42 sunsetting, moving Texas officials to deploy state National Guard members and troopers to block people from entering the U.S.

How San Antonio became a hub for migrants

“The U.S. stands for human rights,” Bastidas said recently, speaking in Spanish. “It’s not that we want to come to the United States illegally and we don’t want to pretend to have rights. We accept the fact that we are going to be judged.”

Much of DeSantis’ migrant transport effort was based in San Antonio. The Florida governor’s team recruited migrants off the streets of San Antonio and, according to a local sheriff and a federal lawsuit, falsely promised them jobs and housing in Boston or Washington. In the months since the September flights, new information revealed how DeSantis’ top staffers were coordinating the transports in San Antonio. DeSantis’ safety czar, Larry Keefe, was in Texas weeks before the Sept. 14 flight and provided updates to the governor’s chief of staff, including when, exactly, the first flight of migrants lifted off from San Antonio.

But the Texas city also plays a major role in the larger debate over immigration,

especially amid Abbott’s busing of thousands of migrants from the state to Democrat-led cities, including in front of Vice President Kamala Harris’ residence at the Naval Observatory in Washington, D.C. From April 2021 to the beginning of October, San Antonio provided services for roughly 270,400 migrants — with the majority coming from Venezuela, Cuba, Nicaragua and Colombia. The city is a migration hub, where immigration authorities send people from the border en-route to their final destination, if they have one.

On the ground in San Antonio, DeSantis’ flights and Abbott’s busing program caused a backlash from residents, migrants, relief organizations and officials who decry the transports as exploitative and a political stunt.

“[DeSantis] and Abbot are cowards. I think what they’re doing is an injustice,” Jacob Dominguez, who was assisting migrants, said during the fall while standing next to a truckload of clothing he collected for asylum seekers. “I think that they will have to answer to their maker one day for what they’re doing. They’re in it for the wrong reason. They’re in it for political gain, whether it’s financial gain, or a power grab.”