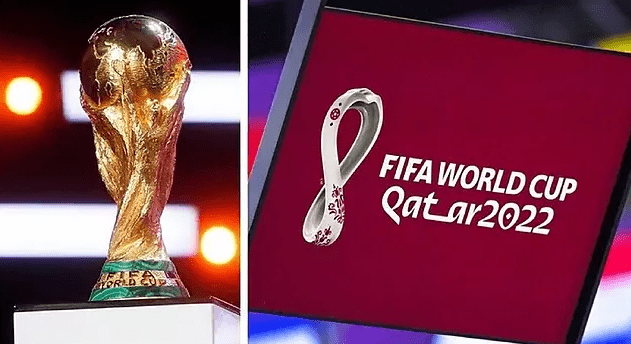 Qatar 2022: The 25 stars who could play in their first FIFA World Cup
Qatar 2022 will be remembered for the great stories it will deliver as a result of the battles that will be fought in its 8 stadiums throughout the 64 matches to be played, but also for being the first time that 25 world soccer stars will play in a FIFA World Cup.

Vinicius Jr, Brazil National Team
The celebration of a FIFA World Cup always leaves traces in the memory of all those who, in some way, participate in it. Unforgettable is the moment when, for the first time, a fan attends a match of this tournament, when a journalist covers it, or when a soccer player plays it. Qatar 2022 will be a World Cup with many firsts, indeed.

Never before in the past 21 editions in its 92-year history has the FIFA World Cup been played in the Middle East. The most extraordinary destination to have hosted it was the African continent, specifically the 2010 edition in South Africa.

Another first will be the date on which Qatar 2022 will be held. Again, never before has this tournament been held on a date other than May, June or July. Starting on November 21 and ending on December 18, the World Cup will be an early Christmas present for the millions of fans around the world who will enjoy it.

There may be many reasons for this, but there is a group of talented players who have never before, throughout their careers, had the privilege of playing a match in the world’s most prestigious tournament, the FIFA World Cup.

So, below you will witness the parade of soccer stars who, barring a real misfortune such as injury, indiscipline or an off-field issue, will have their first FIFA World Cup experience on the fields of Qatar 2022, from November 21 to December 18.

Unbelievable but true. One of the best goalkeepers in the world has not been able to include the FIFA World Cup as one of the tournaments he has played in. After being excluded at Brazil 2014 and not playing a single minute at Russia 2018, Ter Stegen hopes that in Qatar he will do justice to his superb level.

One of the most interesting young players in world soccer. The Chelsea player has been gaining prominence and hopes to consolidate his name in the firmament of soccer in Qatar 2022, where Germany is very thirsty for revenge after its chaotic participation in Russia 2018.

Dribbling and pure vertigo on the wing. Brazil has in the Real Madrid winger one of the players capable of deciding games and winning championships. Together with Neymar Jr, Couthinho and Richarlison, the Canarinha’s offense is a real steamroller.

Another Real Madrid gem that Brazil wants to take advantage of at Qatar 2022. While he has yet to get the exposure he desires, it is a fact that including Rodrygo in the upcoming World Cup roster gives Tite a lethal tool to use in case things don’t go as expected.

Camavinga showed that the Real Madrid shirt does not weigh him down and now it is his turn to do the same with the France National Team in Qatar 2022, if Didier Deschamps gives him a place in a squad full of stars.

Another wonderkid who is cynical when it comes to showing all his quality on the field week after week with FC Barcelona. In the last European Cup he already showed what he is capable of on the big stages and he is expected to show all his talent in Qatar 2022 in Luis Enrique’s very young Spanish national team.

The sober, technical, consistent player that every team wants to have is a privilege enjoyed by Manchester City and the Spanish national team. Rodri is the real balance point in the midfield of both teams, and Qatar 2022 is waiting for him to confirm his class in front of the eyes of the whole world.

The prototype of the modern attacker. Tall, strong but with an infinite number of resources with the ball and, above all, a great scoring ability. Juventus bet big on Vlahovic and the Serbian has not disappointed. Now it is his nation’s turn to enjoy its wonderkid at the upcoming FIFA World Cup.

A precocious talent who from a very early age surprised the whole world with his quality. The Manchester City player belongs to a brilliant generation of footballers who aim to break England’s unjust drought in terms of international titles once and for all.

Another member of a golden generation of talented English players upon whom Gareth Southgate has the responsibility to make them shine immensely at Qatar 2022. The Chelsea player is tasked with backing Kane and co. to surpass fourth place at Russia 2018 and runner-up in the 2020 European Cup.

The debate is very dubious about whether Van Dijk is the best center back in the world. And the Liverpool star has been one of the bastions for the Anfield team to regain the brilliance of yesteryear based on titles. Qatar 2022 is the tournament that was missing to add to his collection of great stages.

Being one of the great figures of an absolute elite team such as FC Barcelona is the best letter of introduction for this talented midfielder. With a fine touch on the ball and a generous physical display, De Jong will be hoping to help the Netherlands make a successful return to the FIFA World Cup.

The first big date with history for a striker from whom his country expects a lot. With Lionel Messi nearing the exit door, the Albiceleste needs young talent to step up and take the baton. Qatar 2022 is the perfect stage for the Inter Milan killer to be Argentina’s key man.

If the topic of conversation is the gems of world soccer, it is a fact that the striker who emerged from the academy of River Plate must figure. Alvarez will go to Qatar 2022 as a complement to the likes of Lionel Messi and Angel di Maria, and already as a new player for Guardiola’s Manchester City, who made his signing official in 2022.

The wonderkid who hopes to embody Captain Tsubasa in real life. Kubo belongs to Real Madrid, but has been loaned to different LaLiga teams to polish his talent. Qatar 2022 is the ideal showcase to show Los Merengues that he is ready to be part of their squad.

To belong to a squad as powerful and successful as Jurgen Klopp’s Liverpool squad undoubtedly requires talent, and Minamino has it. The winger needs a big stage like the FIFA World Cup Qatar 2022 to shout it out to the world.

One of the pearls of Uruguayan soccer without a doubt. In FC Barcelona he has shown important conditions in the defense that Uruguay coached by Diego Alonso hopes to take advantage of in the upcoming FIFA World Cup. Qatar 2022 will be the first big stage where he will show his talent with his National Team.

The rebuilding process of the Uruguayan national team is based on the mutation of players who are much more defensive in nature to players who can generate a lot in attack, such as the Real Madrid midfielder. Valverde will be the driving force of Diego Alonso’s team on offense in Qatar 2022.

At the age of 30, Partey is an experienced player who brings his quality when Mikel Arteta requires it at Arsenal. However, a more than worthy career lacks one distinction: that of participating in a FIFA World Cup with Ghana, a feat he would achieve at Qatar 2022.

Thomas Tuchel has taken it upon himself to show the world what the Senegalese goalkeeper is capable of. With his personality and his saves, Mendy has shown he has the quality to cover Chelsea’s goal in important matches. This experience will be key when he defends Senegal’s goal at Qatar 2022.

One of the jewels of world soccer that is not going through the best of times at Diego Pablo Simeone’s Atlético Madrid. Felix knows that Qatar 2022, his first World Cup, can help him to revalue his career, so he will not hesitate to show all his conditions as an elite striker.

The soul of the USMNT, the heir to all that was once embodied by the legendary Landon Donovan. Pulisic is not comfortable with the lack of prominence he has at Chelsea and Qatar 2022 will be an important showcase to demonstrate his talent to Tuchel and the world.

With the motivation to give joy to their battered society. he Ukraine national team is looking to qualify for Qatar 2022. And a good part of their aspirations fall on players like the Manchester City player. Zinchenko wants to play his first World Cup to offer it to his country in these difficult times.

A real star in the Premier League with Liverpool. He wants to be the important man to lead Scotland back to a FIFA World Cup after France 1998 was their last appearance.

Robertson sees Qatar 2022 as a chance to enjoy a World Cup for the first time and cement his name on the world stage.

The Real Madrid player’s career is full of successes, titles and awards. Not since Ryan Giggs has a Welsh player been among the best in the world, however, Gareth has yet to play in a World Cup and Qatar 2022 is the ideal opportunity to achieve it. Only one game separates him from crystallizing his dream.