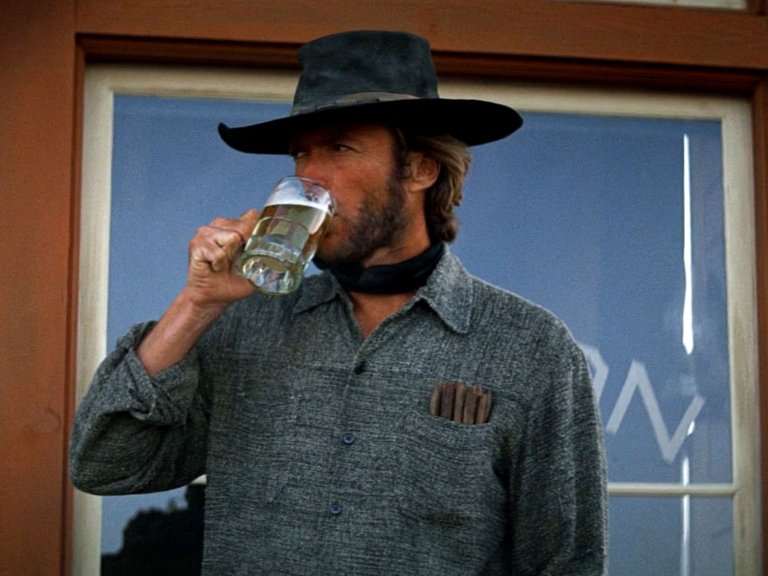 It’s stronger than us, stronger than him: Clint Eastwood remains associated with the western. The American film genre by essence, which he embodies as much as John Wayne, in a modern version. As a director, he did not sign that many – four in all and for all, including The Man of the High Plains (1972), broadcast Sunday August 28 on Arte (1). But that’s counting without his other films, directly or indirectly inspired by this genre. And on his performances as an actor, notably in Sergio Leone’s legendary trilogy (For a Fistful of Dollars, And for a Few Dollars More, The Good, The Bad and the Ugly).

The influence of the latter is felt in The Man of the High Plains. That of Don Siegel too. However, through this first western where he is in front of and behind the camera, Clint immediately strikes very hard knowing how to distinguish himself from his masters (2). To print your own label.

The man with no name and from nowhere

In his directorial debut, A Chill in the Night (1971), Eastwood played a disc jockey harassed by a listener fan of Erroll Garner. He had therefore already granted himself a role, but rather erased, that of a pretty heart, a bit masochistic, almost passive – it was the female character, played by Jessica Walter, who was dominant. In The Man of the High Plains, he comes to the fore and becomes the driving force behind the action. He seems to come from very far away: the opening shot shows him from the depths of a desert (a long sequence shot, inspired by Lawrence of Arabia?).

Barely distinct, we see him approaching little by little on horseback. He arrives in a village, on the edge of a salt lake. As in For a Fistful of Dollars, he is an anonymous stranger. But more worrying, dressed in black. He quickly cleans up, liquidating three bandits who are spreading terror in the area. The community, relieved, sees him as its new sheriff. But is it so reliable? Is he really a good man? Devilishly ambiguous, avenging spirit, this solitary cowboy, who can both support the oppressed and rape with impunity, is like a ghost. He is, in fact, a ghost. In a world plagued by cowardice, compromise and greed.

This is not to underestimate his talent: Eastwood has always been able to sniff out the right scripts very well and surround himself with very talented professionals. Let us mention here two significant collaborators, starting with Ernest Tidyman, the screenwriter of Shaft, the red nights of Harlem, winner of an Oscar with French Connection. He is the author of this short story, of which Universal had bought the rights. A simple story, but which flirts with the fantastic and contains a sort of primitive. Very strange scene: that of a very sadistic public punishment, where no one intervenes to stop the violence.

Ernest Tidyman is said to have been inspired by a resounding news item: the murder and rape of Kitty Genovese in 1964, in the middle of the street, while thirty-eight witnesses would have attended the scene (3). In The Man of the High Plains, this key sequence, revived in the form of flashbacks. Is masterfully illuminated by Bruce Surtees, talented cinematographer, who worked seven times for Clint. Here, as in the rest of the film, he demonstrates a very keen sense of chiaroscuro, scintillation and shadow play. His plastic photography manages to cover the hyperrealism of the decor and the bodies with a veil of the supernatural.

The big brother of “Ruthless”

Red and black are the dominant colors of High Plains Man. For a moment, the nameless vigilante asks the inhabitants to completely repaint the village in red and renames it “Hell” on his entrance sign. The idea, strong, produces its effect and contributes to the baroque dimension of the film. Which ends with a night of great settling of accounts. A night of apocalypse or doomsday strongly reminiscent of that of Impitoyable, a masterpiece if ever there was one. The fights in the dark, the torches, the blood and the twilight, we find all this in the two films. Do not conclude, however, that The Man of the High Plains is just a sketch. It’s worth like a no-frills western. Dry. Projecting.