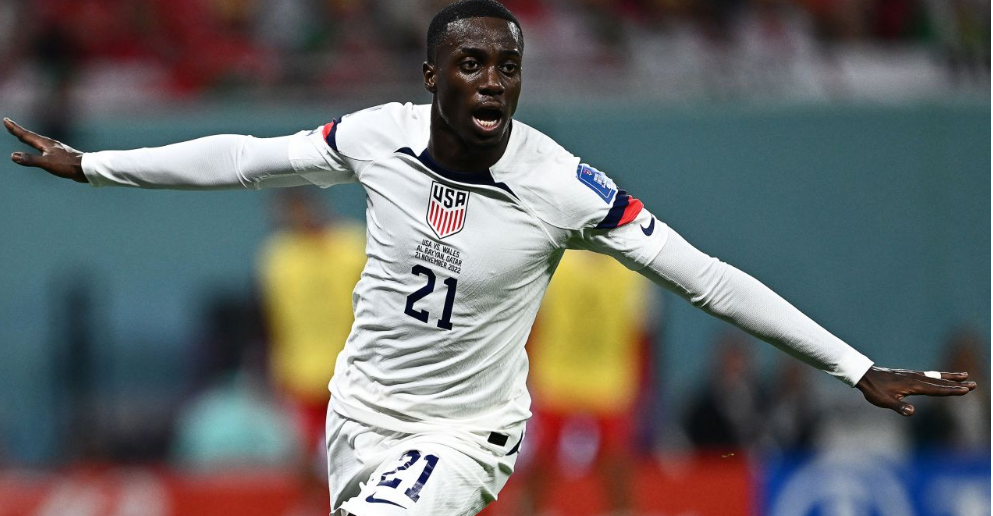 USMNT promising first-half performance and a well-taken goal from Timothy Weah was canceled out by Gareth Bale’s late penalty on Monday as the youthful USMNT team was denied victory at the start of its campaign in Qatar.

Next up is England, the favorite to top Group B having thrashed Iran 6-2 earlier this week – an ominous sign for Wales and the USMNT in their bids to qualify for the knockout stages.
But win or draw against England and US coach Gregg Berhalter will know that a berth in the next round could be within his side’s grasp with a game against Iran to come.

It will be the biggest test the USMNT’s so-called “Golden Generation” has faced under Berhalter and potentially an era-defining game for a side that struggled for form throughout the qualifying rounds.

“We know how much quality England’s going to have.

But again, we think that we match up well against them,” US captain Tyler Adams said earlier this week, according to ESPN.

“We have an athletic team. We think that against the ball we’re really dominant at times. You saw that [against Wales] with our counter-pressing and how we’re able to create a lot of transition moments.”

Friday’s game will played at Al Bayt Stadium in the city of Al Khor, kicking off at 2 p.m. ET.

You have to go all the way back to 2002 for the last time the USMNT defeated a European opponent at the World Cup, although it did secure a 1-1 draw against England at the 2010 edition of the tournament in South Africa.

Otherwise, results have tended to go in England’s favor,

winning eight of the sides’ 11 meetings, and another victory would guarantee the 1996 World Cup winner’s progress to the knockout stages.

The good news for manager Gareth Southgate is that captain Harry Kane is fit to play after undergoing a scan on his ankle earlier this week, while Berhalter might look to 20-year-old Giovanni Reyna to sharpen his side’s attack.

Reyna an unused substitute against Wales and said his fitness “really good” blighted by injuries in recent months.

Wales and Iran contest the other Group B game on Friday when they meet at the Ahmad bin Ali Stadium.

Despite being side-by-side in FIFA’s ranking list, Rob Page’s Wales team will be confident of a victory after England exposed Iran’s defensive frailties on Monday. For both teams, it feels like a must-win game in order to qualify for the knockout stages.

Host Qatar is also back in action on Friday against Senegal, two nations who both suffered defeats in their opening matches. Qatar beaten 2-0 by Ecuador and Senegal lost by the same scoreline to Holland.

Those two victorious teams will be looking to make it two wins from two. When they meet at the Khalifa International Stadium.